Well unfortunately on Friday the Relics Tournament for today got postponed due to the event organiser and his family sadly having been unwell all week with food poisoning (Get Well soon mate).

So rather than studying rulebooks etc I've been doing some work on this months Across the Dead Earth facebook groups scenery competition.

The theme this month is a gangs base camp. The only restrictions is it being CD based sized and up and it being mostly scratch built. I had thought about making a sort of hovel out of a vehicle and scrap but then decided to make a sort of makeshift outpost or fortification belonging to the State or perhaps a more militant themed groups lookout post. Rather than going for a more conventional tower I decided to make a tower fortification out of an old truck wreck, Old scavenged wood has formed some rough looking fortifications on top of both the 'buildings' to give some cover for sentries. I decided to shove rubble all around the truck and as a ramp to get into the truck cab.

I did think of making some sort of lighting rig for the telegraph pole and having a wire go away to the trucks engine to power it but I haven't found the bits I want to use for it so that maybe a later addition at another date. 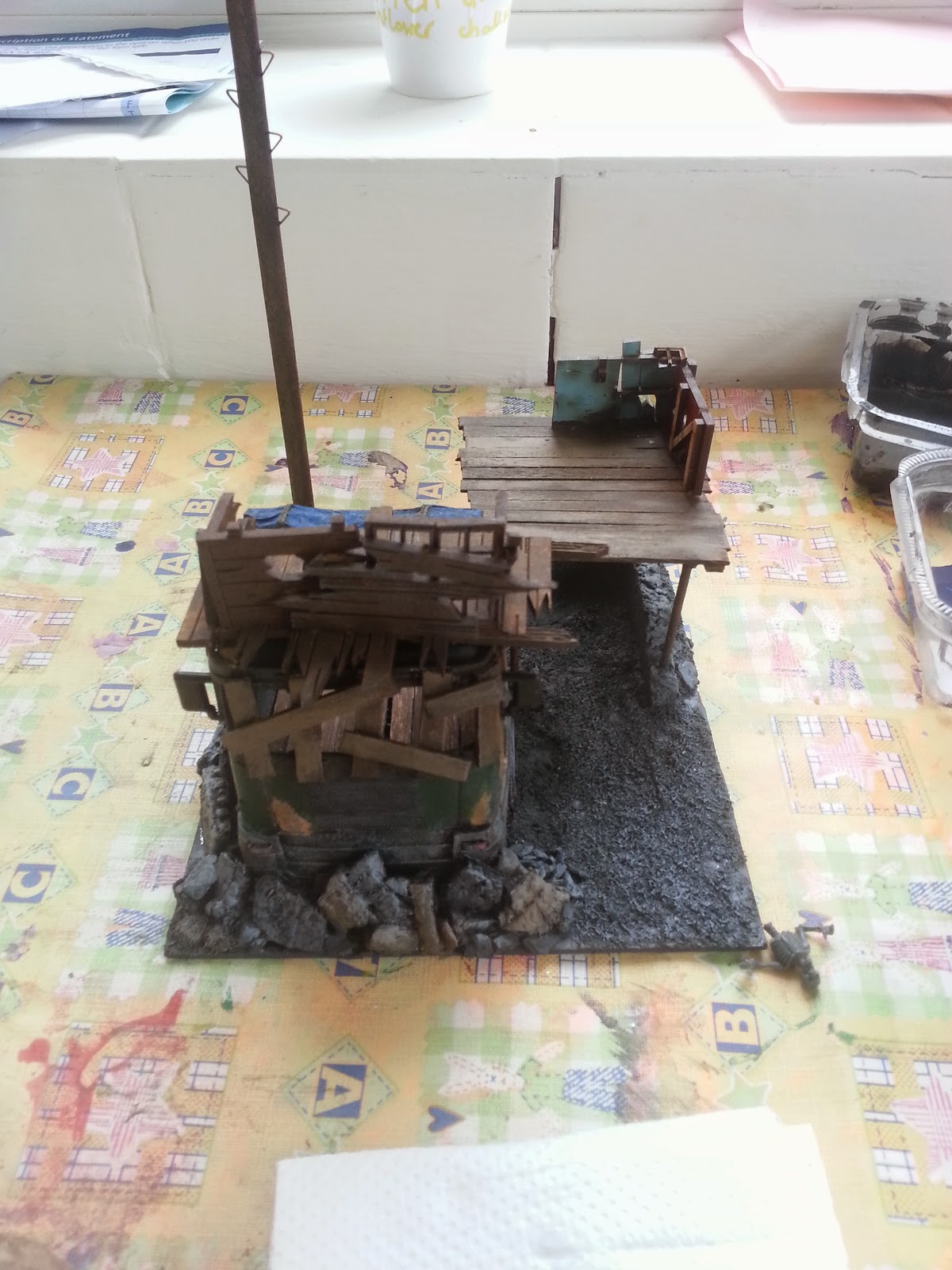 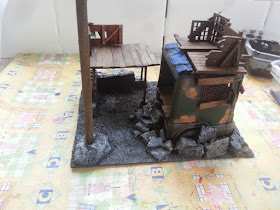 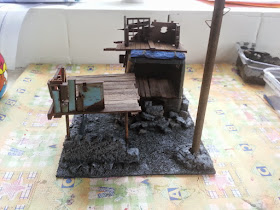 You can see inside the cab that it has all been ripped out and a roughly shoddy wooden floor put in place. I added a tarp to the top so that in bad weather the guards can pull the tarp down and it be sealed a bit more from the elements. Deadline for this is next weekend so this will probably be the focus for this week but I think another couple of sessions and it will be done.

If anyone is after the Engineers F.E.S  there in stock and available to buy :) I have primed mine and got them ready to begin painting as the next comp is a painting competition with two categories the first being a single miniature from the either the Sisters of Acquisition and Engineers F.E.S gangs. The second one being a whole completed gang from across the whole Across the Dead Earth range released so far :)

All Primed and ready for the start of the comp I'm not sure who is going to be the single miniature entry quite yet.


Also I've started painting up a Penguin Crew from knight models to get in some games with Pulp Citizen but I'll do a separate post about them.
Simon Quinton at 10:59
Share